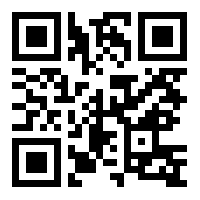 As COVID-19 spreads across the globe and the number of deaths continues to be updated, the people we’ve lost and the heartbreaking experience they had have been replaced by the collective mourning.

When we look back at the patients’ help-seeking posts at that time, those who waited to die because of unconfirmed testing; those whose death certificates were being tampered; those who committed suicide out of despair; those non-COVID patients whose medical treatment were squeezed… None of them were included in the death toll, and are likely to be forgotten over time. They didn’t have fair medical treatment during their lifetime, and they were not mentioned after their death. At the same time, many frontline workers have lost their lives due to infection or overwork.

When communicating with one of the families, we were asked: “After this pandemic, who can remember the pain of someone like my mother who had nowhere to seek medical treatment, being refused by the hospital, and died at home?"

Perhaps this is one of the reasons why we build this online platform, trying to document as many people who have left us because of the pandemic as possible. The website also includes the help-seeking information they posted before they passed away, which is the evidence they left to this era. Hope it could provide a space for family members to release their grief and for the public to mourn. Behind every number is a life.